To have the optimal experience while using this site, you will need to update your browser. You may want to try one of the following alternatives:

Hurricane Ida and how SERVPRO can help 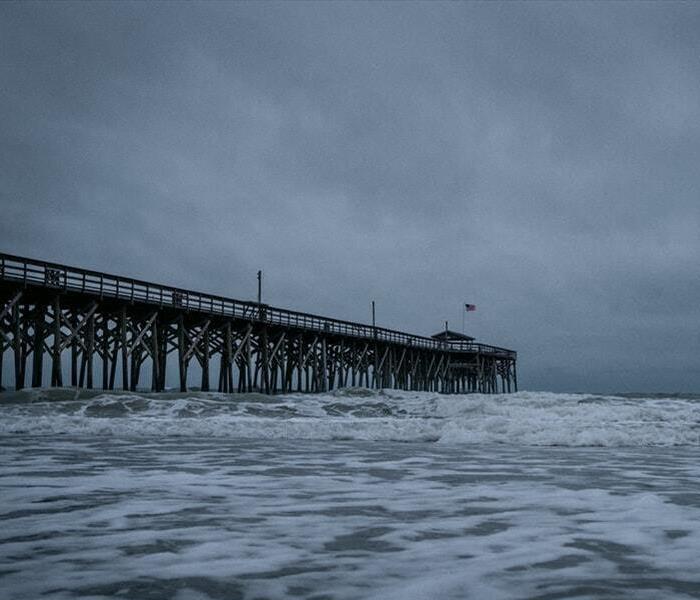 Hurricane season has arrived in force.

2021 has been a busy year for natural disasters.

While much of the west coast is burning with some of the largest fires on record, the Gulf coast is contending with a storm that was slated to cause more damage than Hurricane Katrina. Hurricane Ida began in the Caribbean Sea on August 26th, where many hurricanes are able to intensify due to the convergence of hot and cold water. It made landfall on the coastal region of Louisiana on the morning of August 29th. At the time of this publication, it has accounted for five deaths and left close to a million people without power.

In the wake of this massive storm event, Storm Team Wilson was activated on August 30th to assist in storm cleanup efforts. A call to action was sent to all SERVPRO franchises requesting help for the massive undertaking.
Hurricane Ida has since devolved into a tropical depression, but the damage has been done. The state of New Orleans expects to be without power for weeks and much of the Gulf coast is under a boil water order.

SERVPRO has assisted in many major disasters, including Hurricane Katrina (2005), the Camp and Carr fires, respectively (2018), and the Texas Freeze Event (2021). Thousands of SERVPRO technicians were dispatched to these events to assist in cleanup, dry-out, and fire damage efforts. With guidance from the Storm Teams and assistance from other franchises, SERVPRO has staked our claim as a leading brand in disaster cleanup.

We will keep you updated as this event continues to unfold.